Following Day 3 in our celebration of LEGO and Harry Potter leading up to the 7th Harry Potter movie this coming Friday, Harry Potter and the Deathly Hallows Part, here are a couple of scenes/MOCs that will definitely be in the movie.

The first is a small part of a scene from when Harry and friends break into the Lestrange family vault at Gringott’s Wizarding Bank, created by _Matn (flickr) 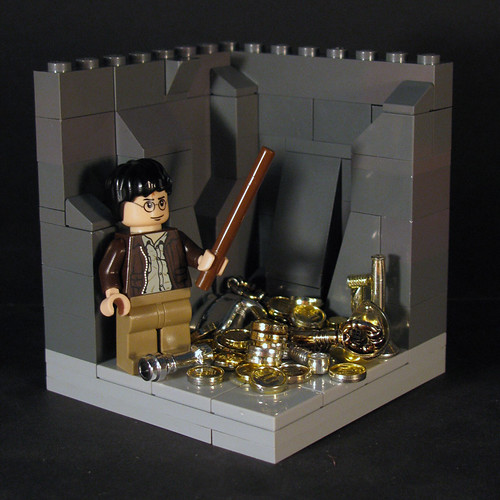 This next, much larger, take on this particular scene is from lego.ryan (flickr) (full set at flickr)

This next scene is the return of Ron Weasley to work with Harry and Hermione and it is also by _Matn: 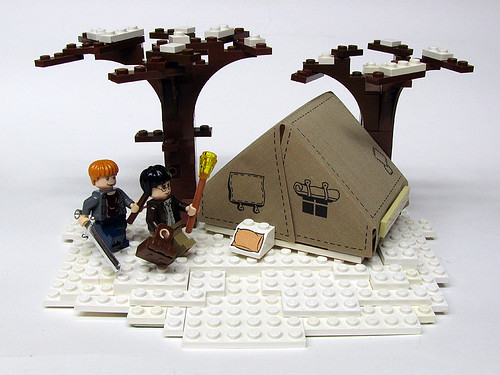 This scene captures Ron’s return in the 19th chapter of the Deathly Hallows, The Silver Doe. It’s one of my favourite chapters of all the books, so I thought of making it in LEGO. I still love to read the intense things going on like Ron destroying to horcrux and Hermoine going mad.