This is going to be very similar to the LEGO Atlantis 8073 Manta Warrior Review I posted last night, given the price point of under $4.00 and with it being an impulse set and all.

There is one big difference between the two – the 8073 is focused on Manta Warrior and his rubbery head with a small amount of scenery. This set on the other hand is focused equally on the human diver and the “Sea Jet” which was an easy to build underwater scooter of sorts. Given the ease and standard parts used in building the Sea Jet, it would be quite easy and cheap to outfit all of your human divers using BrickLink. The “wings” move up and down, as do the handlebars and grip/claw at the front.

Again, it’s what you see is what you get – there is nothing fancy about the jet or the human diver. I wouldn’t have minded seeing this combined with the Manta Warrior for a $6 set, or perhaps as part of a “Battle Pack” similar to what you see with the Star Wars lines where you get 4-5 human divers and some sea jets for around $10 – $12.

(note: The minifig in the middle is from the 8073 Atlantis Manta Warrrior) 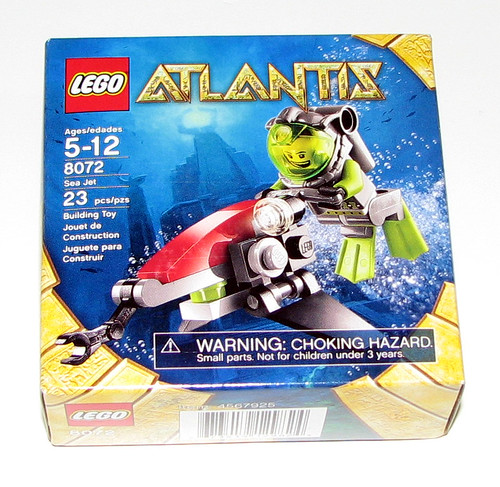 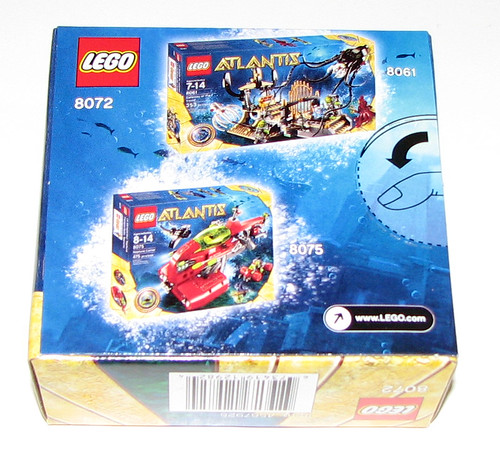 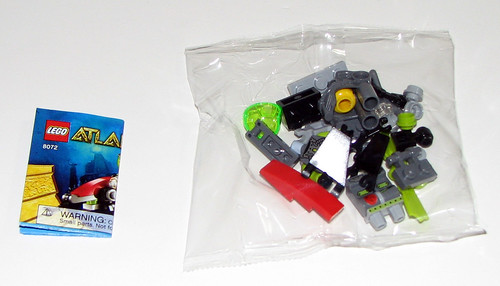 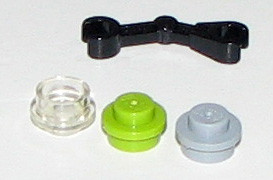 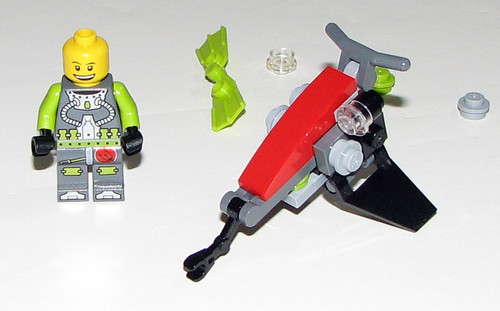 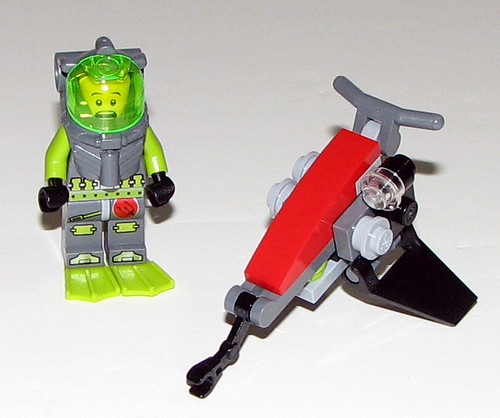 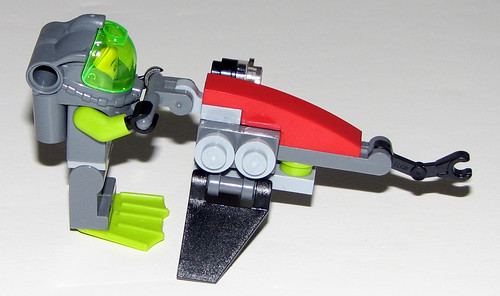