I was able to get my hands on a LEGO Technic 8048 Buggy this weekend. It’s a dual-purpose set, it can be built as either a buggy or a tractor. This is a Technic set that I’ve been wanting. I’ll say up front that I’m not a big fan of Technic normally – I simply don’t have the time or money (or space) to invest in Technic sets and in customizing them once I’ve built them, but this set plus the 8045 Mini Telehandler were two that I wanted out of the early 2010 batch. Some of the red pieces had me definitely thinking about maybe using them with an Atlantis-based MOC. Some of these larger pieces also showed up in the Space Police 5981 Raid VPR set as well.

Overall, it’s a decent set, although as with most Technic sets, I would say avoid it if you aren’t a fan of Technic. With that said, it does have some really good pieces that could make their way into offroad-based MOCs. It’s just a matter of cost – $40 could be very expensive for a set of wheels and shock absorbers. 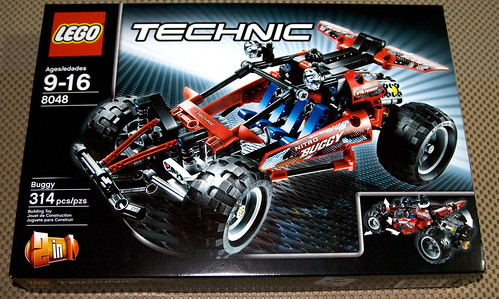 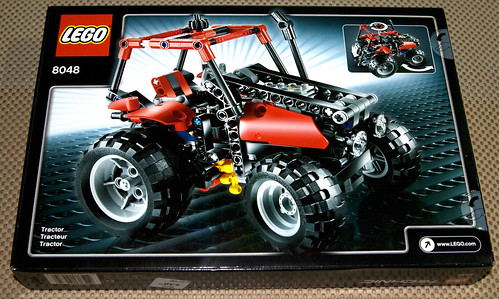 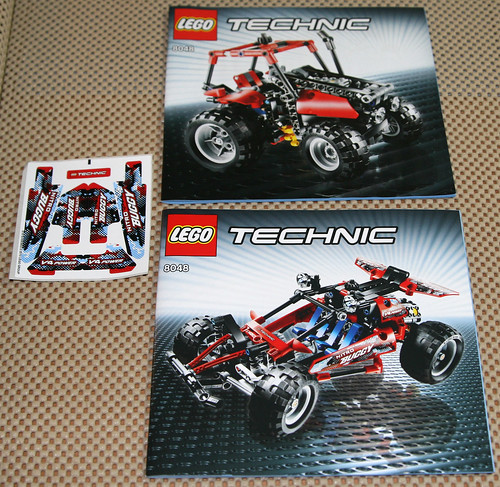 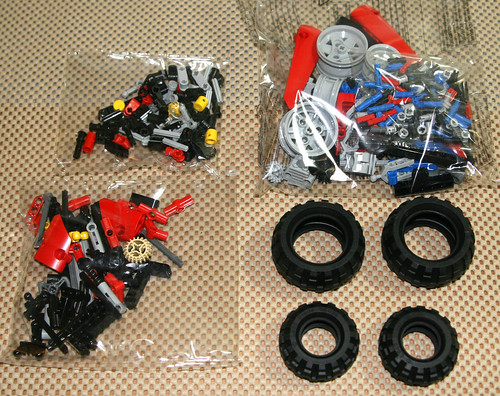 Manual showing the 1:1 reference in case you need to determine which part to use or proper spacing: 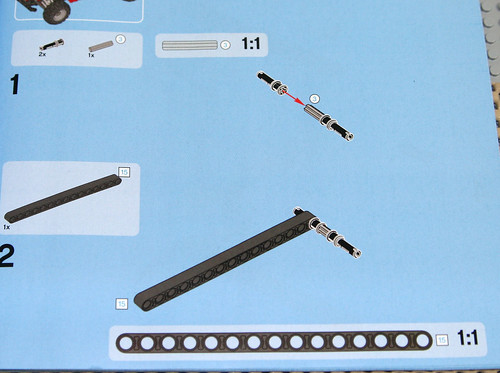 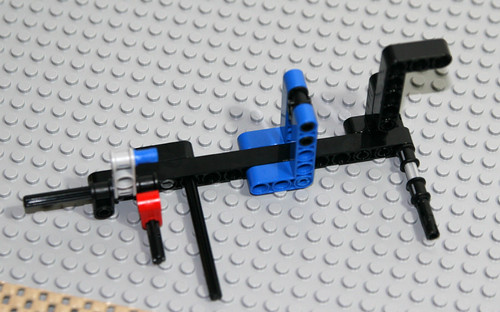 Here you can see the steering mechanism starting to come together: 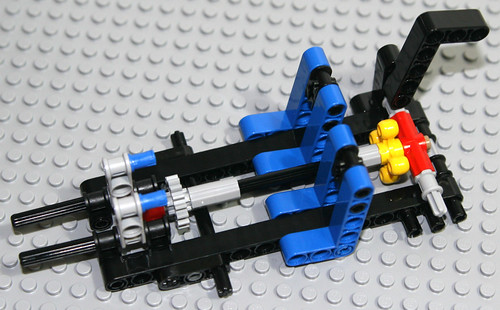 The pistons coming together for the engine: 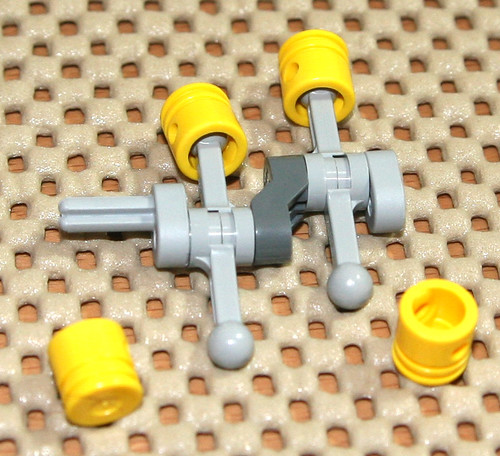 The pistons mounted in half of the engine: 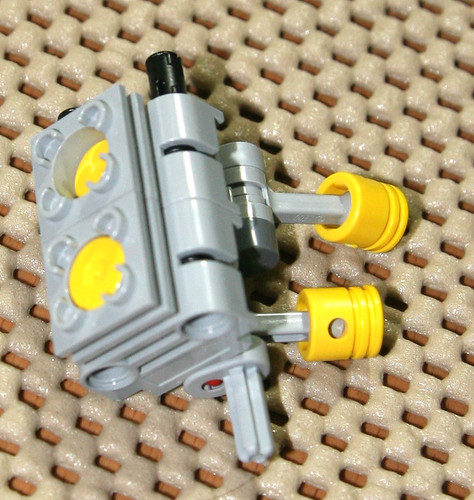 The main part of the engine completed with the pistons properly mounted: 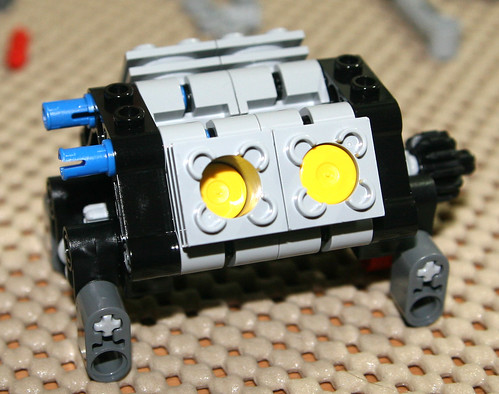 The engine assembly with the rear shock absorber (which is attached to the engine): 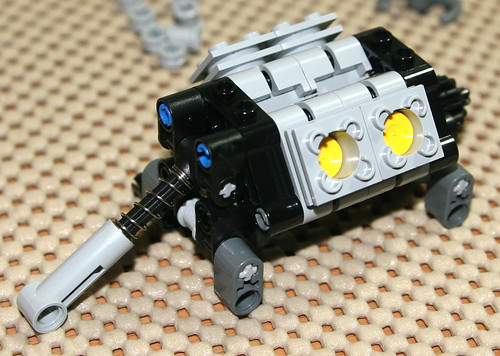 The engine from below: 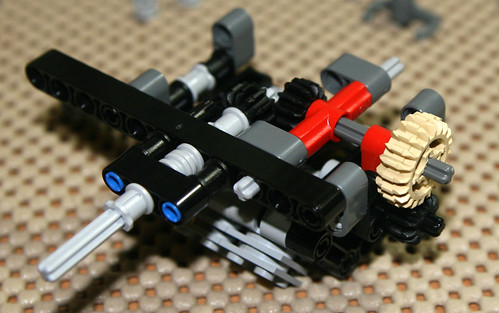 The engine and shock absorber mounted on the main chassis: 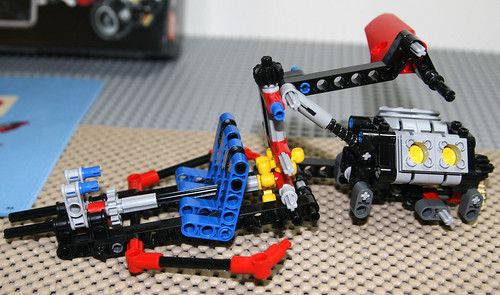 A view from above: 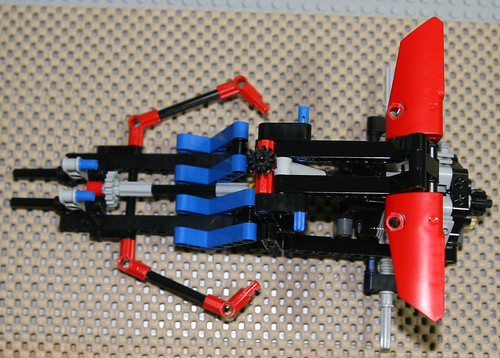 A view from below: 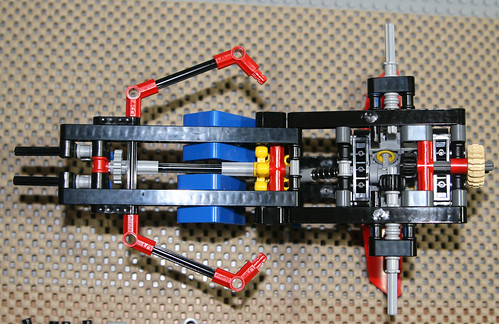 The main steering assembly coming together: 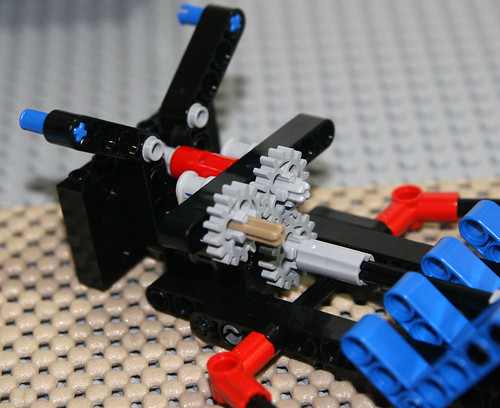 More photos of the assembly: 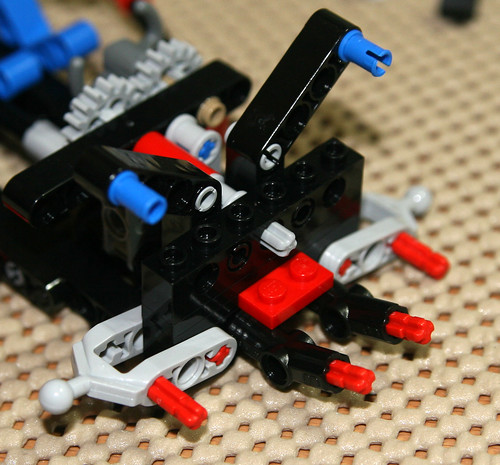 Shocks mounted on the front: 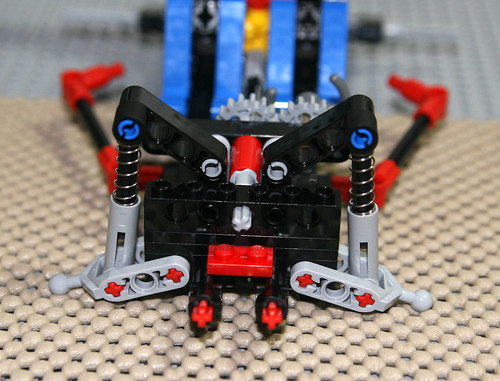 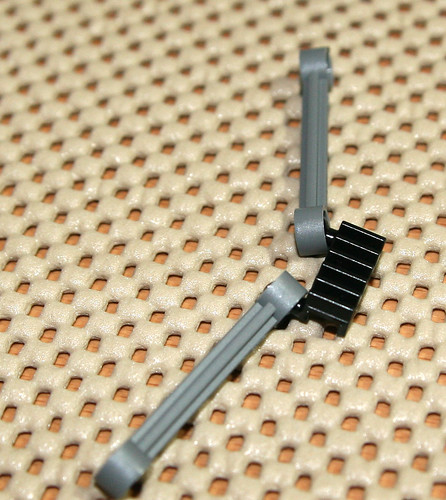 This is the side of the buggy/cockpit, and one sub-assembly pivots and plugs into the other: 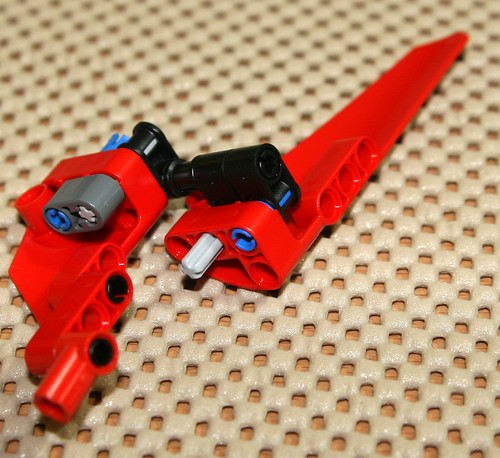 The sides (or “wings”) attached and then raised: 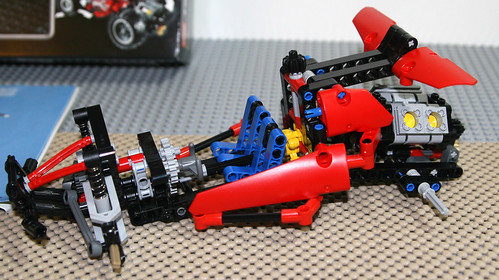 The cockpit frame with the dashboard and side mirrors at front: 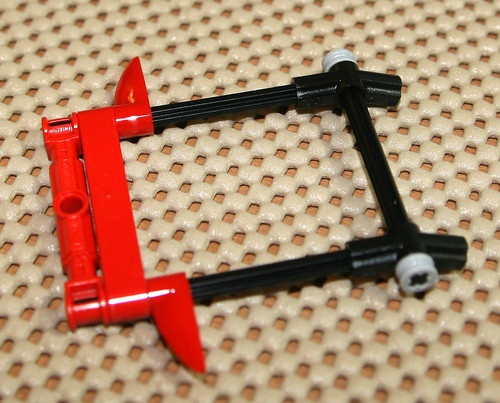 Extra pieces (this is from the Buggy build – the tractor build will be different): 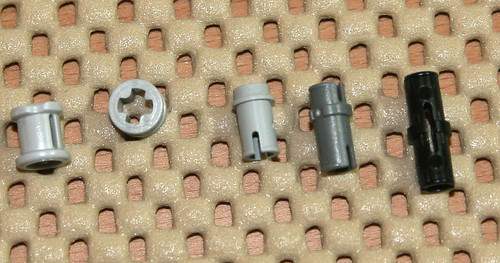 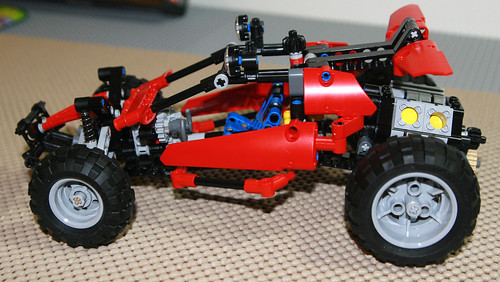 Thoughts – Pricing, Design, and Build:
The pricing is, I think, accurate for the amount of items as well as the four large rubber tires and the three shock absorbers with springs.

The design is obviously well thought out, but I will be curious to see how the tractor is built and how many pieces are left out. One thing that bugs me (or is that buggs me), is that the “arms” or rails on the side that looks like they are meant to protect the sides don’t connect at the back. Aesthetically, it’s not really much of a problem. If you were playing around with it, you might want to either remove them or find a way to attach them.

I was surprised that it only had three shock absorbers, but the rear suspension is cleverly mounted and it doesn’t detract from the model – it is fully functioning. Having run remote control offroad cars in the 1:10 scale in the past, I was impressed with the suspension. As for the steering mechanism, it works extremely well, including the mechanism that allows you to turn it from the top, although it does add to the complexity. The roof/frame/cockpit that flips up was a clever touch.

The build – it was fairly straightforward. There were a few times that I had to backtrack and change a few pieces that I accidentally swapped. As you can see from the photos above, the manual has at various points guides for showing you exactly what pieces to use as well as spacing of certain parts. When they list ages 9-16, LEGO isn’t kidding – most kids younger than 9 would definitely have some issues with the numerous small parts as well as some of the mechanisms. At various points during the build, the sub-assemblies could be tricky and somewhat flimsy, but once built, it’s a very stout model.

Thoughts – Parts and/or stickers:
It’s a Technic set. The majority of parts/pieces as you can see are clearly Technic pieces. I’m not sure what else to say about the parts. As for the stickers, I left them off. I’m not the biggest fan of stickers, and in this instance I plan on building the tractor as well and was concerned that they would detract from the look of the tractor.

The wheels are two different sizes, the shock absorbers are all the same size.

Thoughts – Swoosh factor, playbility:
The “Swoosh” factor is definitely there, what with the dual shock absorbers up front, the moving pistons in the engine, the shock absorber in the back, and the functioning steering wheel. It’s also a good looking set to display (I’ll get to the tractor build later, but it looks fairly solid as well).

Conclusion:
This is a definitely a set for Technic fans. That may sound like a cliche, but some of the smaller Technic sets can easily appeal to just about anybody and at the cheaper prices, you don’t take too much of a hit financially. At around $40 USD, this is a lot of pieces that you might not be able to use in normal MOCs or for non-Technic oriented sets and it’s either one that you really need to like the look of in order to buy, or one that you can use as a foundation for future Technic-oriented MOCs.

I enjoyed building it, but I’ve always been a fan of R/C buggies and this one definitely reminds me of one. I’m not sure how easy or hard it would be to convert to motorized – that’s one area of LEGO that I have not delved into. My guess is that it would be difficult to do anything above and beyond, such as R/C. It’s still a very cool looking model, and it could be used as an introduction to LEGO for a fan of R/C offroad vehicles. Being a fan of the Atlantis sets, I’m also thinking about future MOCs.