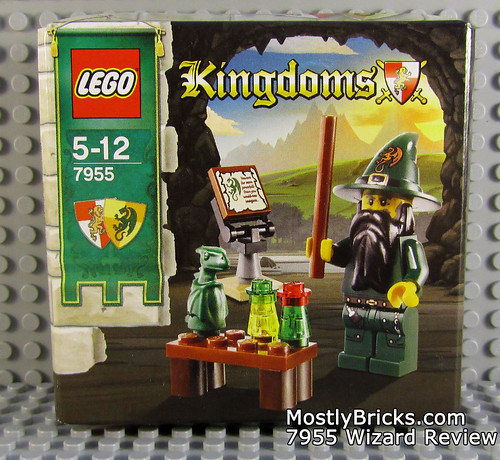 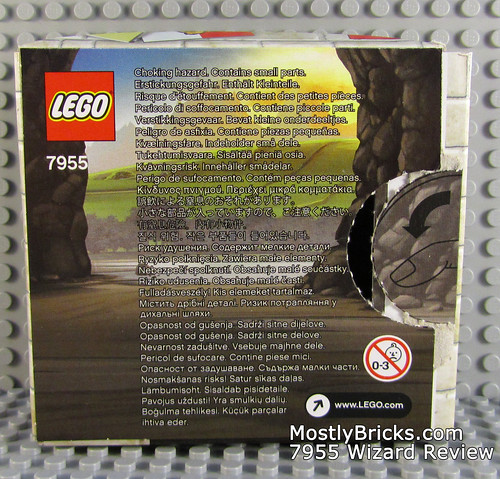 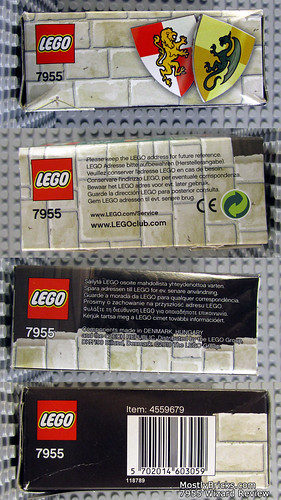 Set Instructions:
– (US) Service.LEGO.com – download and print the instructions 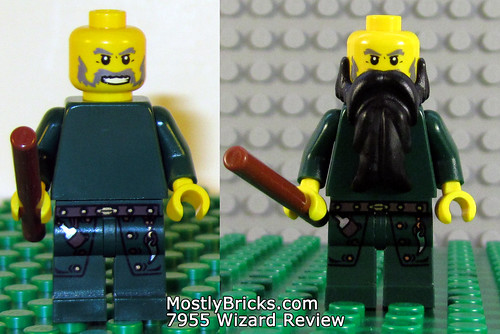 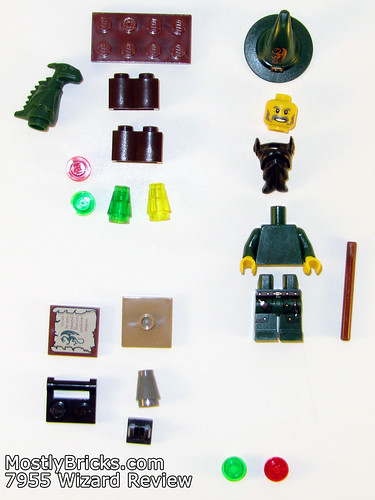 Photos of the Assembly: 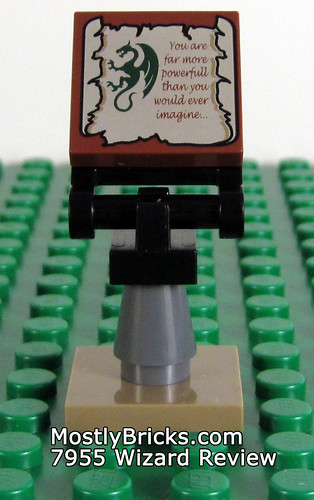 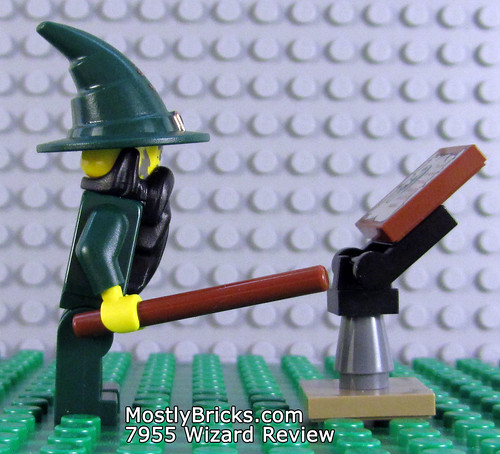 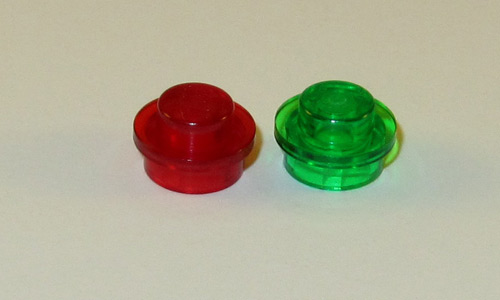 Thoughts – Pricing, Design, and Build:
Worth the price, and well designed given the constraint on the number of parts.

Thoughts – Parts:
It’s an impulse set – meant to retail for a low price and to add to larger sets, so there’s not a lot to it. However, for $3.99 you do get quite a bit – a Wizard mini-fig (minifig) with magic wand, a book of spells on a moving/tilting podium/pedestal, a couple of transparent beakers/magic potions, and most of all, a small green dragon mascot. Definitely worth the price. The wizard’s hat, beard, and spellbook are nice touches that make this stand out. You get two extra transparent 1×1 round plates (which if you have any of the transportation/Power Miners sets you probably already have them).

Thoughts – Minifigs:
As befitting an impulse set, you are getting one minifig, of the Green Dragon Wizard. You could argue that you are getting two – the Wizard and the little green dragon mascot. The Wizard’s pants are printed, but the chest piece is not since it’s covered up by a beard. There is only one face – it is not a double-sided or double-printed head. Definitely worth it and possibly the only way to get this minifig.

Thoughts – Swoosh factor, playability and integration with other sets:
Not much to say – it’s mean to integrate with other sets in the Kindgom line, particularly the Green Dragon faction. I can see LEGO fans buying this and sticking them around their computer displays/computer desks.

Conclusion:
It’s an impulse set that retails for less than $5 (although some third parties on Amazon and eBay are selling for much higher). It’s definitely worth the price, since it comes with a wizard and small green dragon that takes up a 1×1 stud, along with an open, printed spell book (more of a scroll really). It’s exactly what the pictures show – 19 LEGO pieces including a minifig and a small dragon.

I would like a $10 – $20 Wizard’s set that is more of a room in a castle setting. Of course, that could still happen – the Kingdoms line is off to a good start, and there is no reason why a “Wizard’s Lair” couldn’t be added to the line by LEGO down the road. I’m thinking in terms of more potions/beakers, spell books and scrolls, chests, perhaps a dedicated perch for the dragon mascot, some kind of stained glass, a tub, etc. I may have to sit down and work out my own version of this and post it.