Today’s LEGO-related Harry Potter feature is via The Brothers Brick From Bricks to Bothans has concluded their “CubeDude Vigs” contest going features LEGO MOCs in a cube style.

While the emphasis of FBTB is Star Wars, and the majority of entries in the contest are Star Wars-themed, some Harry Potter-themed entries made their way in.

In fact, a Harry Potter entry – “Pursuit of the Snitch” by By anderson.grubb featuring Harry and Draco Malfoy chasing the Golden Snitch in Quiditch, won the contest (full set at flickr) (click the image for the larger version at flickr): 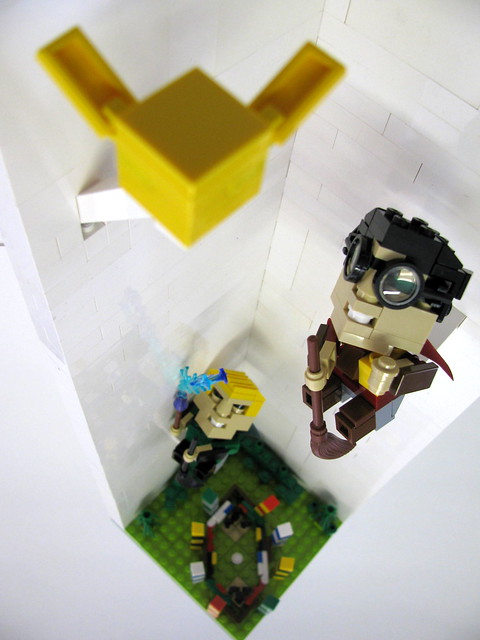 There was also another Harry Potter-themed entry, Harry Potter vs Lord Voldemort by Omicron767 (Brian Zoetewey) (full set at flickr): 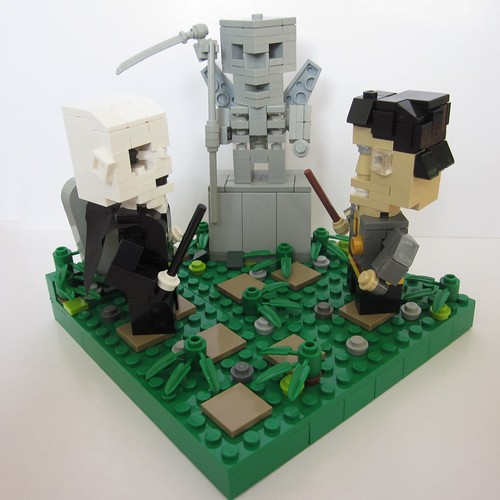