The most important pieces of the newer 2010 Creator sets: 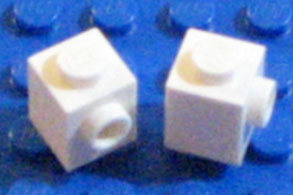 I’m just kidding, although I’m noticing them popping up in the 2010 sets quite a bit. Apologies for the crummy photo – didn’t realize it was slightly out of focus until after I finished the third part of the 3-in-1.

As for the 3-in-1 aspect, you get a dump truck (aka the “Mini Dumper”), the SUV that looks similar to some kind of Range Rover or Land Rover, and the racecar. The dump truck’s bed actually raises and lowers: 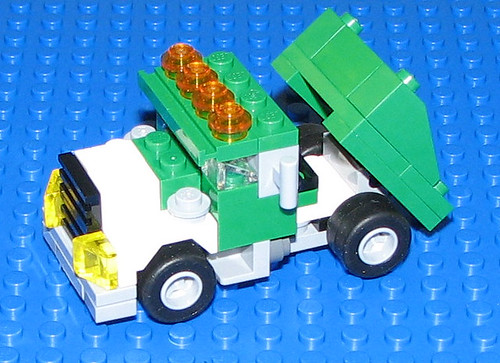