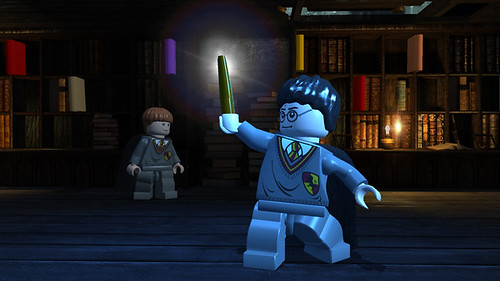 Hogwarts is going to be fully modeled in the virual LEGO universe, and in a different way from other LEGO or Harry Potter games (including a new way of building):

The new layer of physics makes the world more realistic and enable us to build with Lego using magic in a way you’ve never been able to do before. And taking advantage of this wonderful setting of Hogwarts and the magical characters within it, we can use magic to create a new kind of lego gameplay as well

So what’s radically and completely new in Lego Harry Potter from what we’ve done before is the effect that having Hogwarts as a massive explorable environment has on the game progression and the game structure. When you first start as a new student in Hogwarts, finding your way to your first lesson you’ll be pretty well directed by the teaches and the design of the environment to find your way, but as you play and progress further through the story, with each new spell you’ll gain access to new areas and trigger new story events that move on through the plot. So you’ll find more and more of Hogwarts accessible to you as a player, switching between different characters, until it becomes a really huge, immersive, explorable, open environment — to which you’ll return between story events to discover more secrets and learn more things. 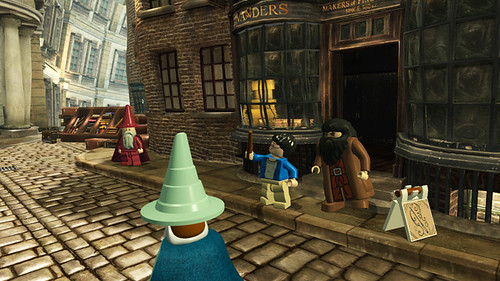 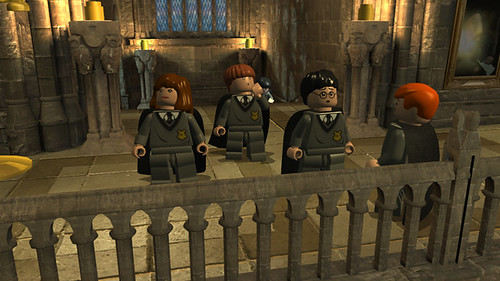 Unfortunately, there is just a slightly longer wait – LEGO Harry Potter: Years 1-4 won’t be available until June of this year. It will be available on the following platforms:
* Microsoft XBox 360 (including Live)
* Microsoft Windows/PC
* Sony Playstation (and PSP)
* Nintendo Wii
* Nintendo DS

If you want more information, you can visit the official website KidsWB.com (Warner Brothers). Back in February, it was announced that there would be additional LEGO Harry Potter sets later this year, to coincide with part 1 of Harry Potter and the Deathly Hallows.

via: The Leaky Cauldron