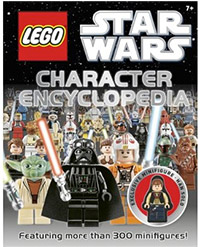 While looking at a few other LEGO things, I saw that the LEGO Star Wars Advent Calendar 7958 has shown up on Amazon. It’s available through a third party for nearly $60 USD – it should be cheaper when Amazon and other suppliers receive their supplies sometime in the next few weeks or so. Chances are either the third party is breaking their embargo or they just happened to receive their orders earlier.

What I was really after was LEGO Star Wars Character Encyclopedia from DK Publishing. It has a decent pre-order price of $11.16 on Amazon.com Unfortunately it’s not due for just over another month – September 19, 2011.

Finally, and I’m thinking it’s a few months later than it should be, we have LEGO Harry Potter: Years 5-7. I’ve played Years 1-4 on both the Nintendo Wii and on my iPhone 4 and enjoyed them, and these should be just as good. The prices are high though, I’d wait and see if they come down.

The prices are obviously subject to change as we get closer to the release.

Now we know the answer to why LEGO Universe recently had a new level system added.

It’s not a coincidence that LEGO has just announced that LEGO Universe is now free to download and has a free area to play in.

Understand that this does not make LEGO Universe free. All too many times, companies talk about games being “Free-to-play” when what they really mean is free to play up to a certain point. In my view it’s an extended trial, because unless you pay the monthly fee(s), you are not going to be able to play the entire game.

And you can actually do quite a bit within the free areas of LEGO Universe:
* Create and customize your own LEGO Universe hero
* Collect up to 10,000 coins
* Earn U-Score to level up
* Explore the Starship Venture Explorer
* Explore Avant Gardens
* Join the Nexus Force
* Sample powerful Faction Gear
* Play the Survival mini-game
* Battle the Spider Queen
* Build and bring your creations to life on your own Block Yard Property
* Visit thousands of other players’ Properties
* Buy and collect cool gear and useful items

If you are familiar with LEGO Universe, that may not seem like much, but now that it’s a free download and that you can try all of the above for free, it’s actually pretty good.

I’ve been fascinated with LEGO Universe on and off since it was announced, and yesterday’s move prompted me to spend a few hours trying things out. It’s come a long way since the first days and there has been some drama involve with ownership and development of the game itself, but things seem to have worked themselves out and I would say you ought to give it a chance and try it out.

With the free areas, from the few hours I played, you can get a very good sense of whether it’ll be worth the $10 a month to fully subscribe to it.

Brickset has a good writeup about the free areas and the account restrictions on free or trial accounts, as well as a press release from LEGO as well as the official homepage.

END_OF_DOCUMENT_TOKEN_TO_BE_REPLACED 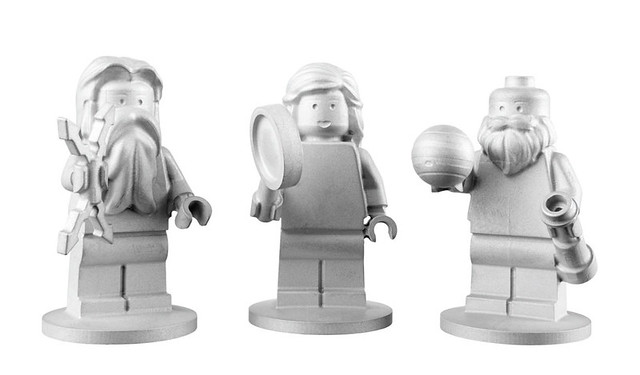 They’ll be featured on LEGOSpace.com and are part of LEGO Bricks in Space venture between NASA and the LEGO Group.

Three LEGO® Minifigures leave earth on the Juno deep-space probe today on a five-year mission to Jupiter to broaden awareness of the importance of planetary research.

The specially-constructed aluminium Minifigures are the Roman god Jupiter, his wife Juno and ‘father of science’ Galileo Galilei. The LEGO crew’s mission is part of the LEGO Bricks in Space project, the joint outreach and educational programme developed as part of the partnership between NASA and the LEGO Group to inspire children to explore science, technology, engineering, and mathematics.

The LEGO Minifigures will help get attention for Juno’s mission to improve understanding of our solar system’s beginnings by revealing the origin and evolution of Jupiter.

I want that bolt of lightning that Jupiter is holding.

If you’re curious about the launch and mission, Space.com has a write-up about it, and NASA is calling it a “phenomenal launch”. You can view video of it at the Space.com article.

It’s going to take around five years to reach its destination. LEGO should start thinking about making copies of these minifigs in time for the 2016 arrival…

Well, LEGO Universe is now getting leveling. As an MMO player, I’m asking why?

Of course, I’m not the target audience, not by a long shot, both because of my age and because I’ve played a lot of MMOs and MMORPGs.

This is a part of the press release – once it’s posted on the official LEGO website, I’ll post the whole thing or link to it.

LEGO® Universe fans can now get ready to gear up and reap the benefits of their in-game adventures with the new level progression system! With the addition of the progression system, players will feel more powerful than ever before! In the latest content update, players can also look forward to new rewards, new Faction Kits, and new cooperative play opportunities.

As players complete in-game missions to unlock achievements and points, minifigures will now rise through the ranks up to level 40 in the new leveling system. Leveling up will give players a sense of achievement for their progress, and reward them as they unleash their creativity. Enticing new rewards await the most courageous LEGO minifigures in LEGO Universe, as new equipment, abilities and backpack slots are unlocked. If players have ever sought a way to display their heroics, this is the perfect chance!

“We love to challenge our LEGO Universe builders. We’re regularly adding new content and new bricks for players to continuously evolve and tap into their innermost creativity,” said Jordan Itkowitz, Design Director of LEGO Universe. “With the addition of the leveling system, we’re looking to inspire players to explore deeper into the universe, and tackle more difficult goals than they may have considered before.”

I guess it’s a way to generate interest in LEGO Universe, or rather retain interest. It is a common part of many MMOs who try to avoid the “sandbox” so to speak.

There’s a lot going on behind the scenes, so I guess I shouldn’t be too surprised.

While I sort through more Brick Fiesta photos, I know a lot of people have been interested in the 21011 Brandenburg Gate LEGO set that’s from the Architecture line, and a few weeks ago a Brickset forum user saw the sets at the LEGOLAND Discovery Centre in Manchester for £35 (around $57 US) and took a picture.

From Bricks to Bothans and The Brothers Brick have posted larger versions of the photo, but there is already a really nice review.

While the set is not due out until September, like many LEGO sets, it has made it’s way into the hands of a LEGO fan.

Even better, that fan is Eurobricks member bricknation and he has posted a review.

You really should check it out – I’m sure that whatever stock of 21011 Brandenburg Gates that the LEGOLAND Discovery Centre in Manchester had, they are probably sold out, but keep an eye out elsewhere.