Photos, and a review, of what appear to be a new, very limited edition LEGO Architecture set, in the Discovery line, have been published on the web through lordbrick’s Brickshelf account and his review in HISPALUG website. Unfortunately it will probably be only available in Japan, and I can imagine … Read more

Look for Jaymercury’s post a few posts down on this Eurobricks thread.

Also look for Christian’s post about half way down this Eurobricks thread.

Obviously these are subject to change, but here is what’s listed (picked up from an accidental leak by a retailer), along with my thoughts. Yes, we have no pictures and no in-depth product descriptions, but I’m going to give my opinion anyways, based on the leaked description and the pricing. I’ll take a guess at brick count and US prices based on other Disney sets as well as the new Harry Potter sets. I’ve included the specific set names and numbers (and links to either the LEGO.com entry or to Brickset) for my comparisons so that you can check them out on your own and draw your own conclusion. US prices and brick count estimates are based on existing Toy Story, Prince of Persia, and Harry Potter sets, and the price conversions are done through XE.com.

Warning! There be spoilers for the upcoming movie below!

Thoughts: Might be the only set with Elizabeth Swann. Should include plenty of treasure chests and gold pieces, but probably will be fairly small, given that there will be 3-4 minifigs starting out. 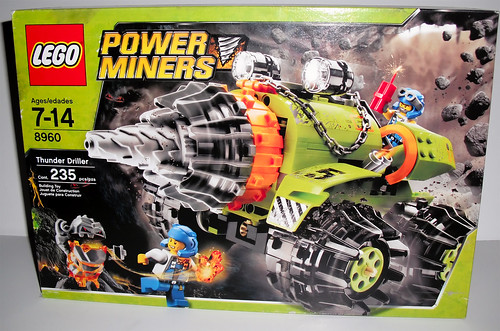 Update: See this post for high resolution photos They are being referred to as 8683 Collectible/Collectable Minifigures LEGO maybe launching a line of stand-alone “collectible” minifigures/minifigs, come June, 2010. There are supposedly going to be 16 different characters, with another line of 16 more launching in August, 2010. This is … Read more 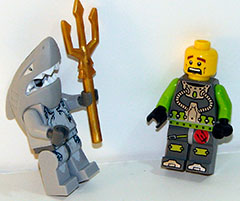 The Age is claiming that the test driver on BBC’s Top Gear automotive TV show is getting his own LEGO minifigure. The Stig is the normally anonymous racing driver on Top Gear, dressed in all white, complete with a white helmet and blueish visor that is always kept down. It … Read more