Having heard that quite a few new 2010 LEGO sets are popping up at Toys R Us and LEGOlands, I paid a visit to the Toys R Us in South Austin earlier today to have a look, and it was surprising. We bought and are going to review in the … Read more 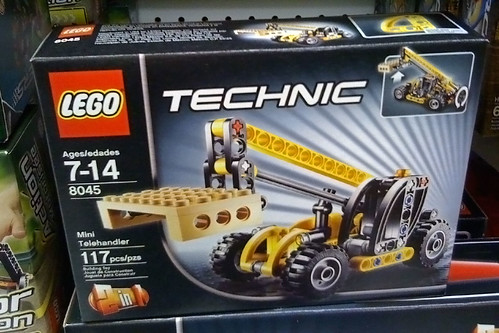 They are for LEGO’s in-house Atlantis line as well as the Cartoon Network’s Ben 10 Alien Force lines. The Atlantis site mentions a January 4, 2010 launch date which matches with Amazon.com, etc., although there has been some discussion concerning an ad in the latest BrickMaster magazine which shows a November 24, 2009 launch date.

Right now the Atlantis site is a cool little flash animation/movie with some background, including a neat little journal you can read that is set in the early 1900s. The journal is worth a read – it’s fairly long for something that’s just a teaser. There are various items on the sea bed including what appears to be an old submarine that sunk long ago. There are some free downloads as well.

The Ben 10 line has biographies and video, almost all of which are locked for now with a message saying come back soon. The video for Swampfire mainly shows him being assembled and with the voice from the Cartoon Network series.

There is one interesting little tidbit in the Swampfire video – at one point you can see what might be the new airplane (LEGO # 3181-1) that is coming out in 2010: