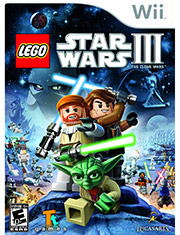 Back in 1999, The LEGO Group and Lucasfilm Ltd. entered into an agreement to allow LEGO to make Star Wars-based LEGO sets. Over time, that has grown to include videogames and even animated TV series. Now they have renewed that original license for 10 more years.

Interesting timing since Star Wars: The Phantom Menance in 3D has just hit theaters this past weekend, with the next 5 movies to arrive on a fairly regular basis over the next few years.

A brief excerpt from the press release:

“It is very rare to find an evergreen property that delivers growth year on year in toys, even in years without events driving box office buzz, yet Star Wars defies all odds, continually reinventing itself, and our LEGO business continues to grow exponentially,” said Jill Wilfert, Vice President of Licensing and Entertainment for The LEGO Group. “Star Wars is a cultural phenomenon that shares many characteristics with the LEGO brand–cross generational appeal, versatile story and character content, creativity and imagination—and we believe that we can continue to grow LEGO Star Wars for many years to come.”

“We are delighted to have extended our long and very successful relationship with LEGO Group,” said Derek Stothard, Senior Director for Global Toys and Hardlines at Lucas Licensing. “Bringing together these two iconic global brands has created something special that is enjoyed by kids, families and fans everywhere.”

I have several Star Wars LEGO sets, as I’ve reviewed here (and we really need to get back to doing that and posting), but 10 years more of LEGO Star Wars…I’m hoping they release some of the early LEGO Star Wars sets that have been updated, similar to what they have done with Landspeeders, Tie Fighters, X-Wings, etc.