Following on the heels of the LEGO 30001 City Fire Chief review and the LEGO 30002 City Police Boat review, comes this review of the 30050 Star Wars Republic Attack Shuttle in MINI-scale. These are related – these three sets plus the 30051 Star Wars X-Wing are all exclusively available through Target stores in the US, as part of an Easter promotion. You’ll find them in the Easter section rather than the toys/LEGO aisle. There are a few key differences – the City sets are minifig-scale and $2.99 while the two Star Wars sets are MINI-scale and are slightly more expensive, at $3.49. The extra $0.50 gets you a few dozen pieces more, although it’s a trade-off since the two City sets each comes with a minifig. 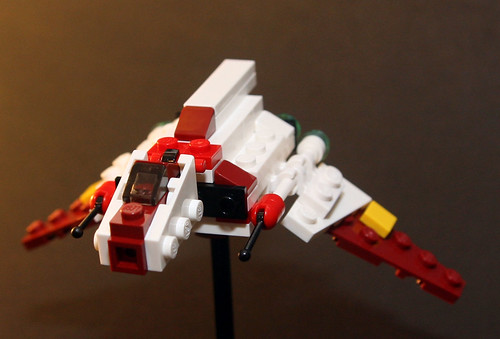 In my view, the 30050 and the 30051 are both really cool sets that are meant to be displayed on a shelf or on a desk – there should have been a small stand included (the one you see below was quickly improvised). 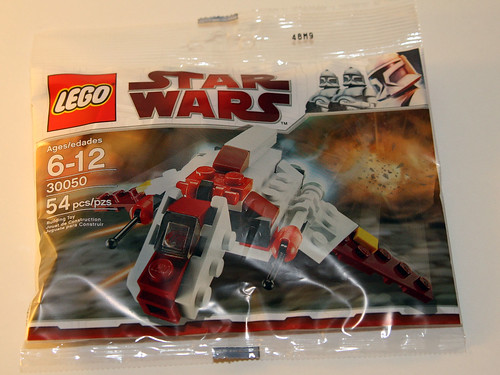 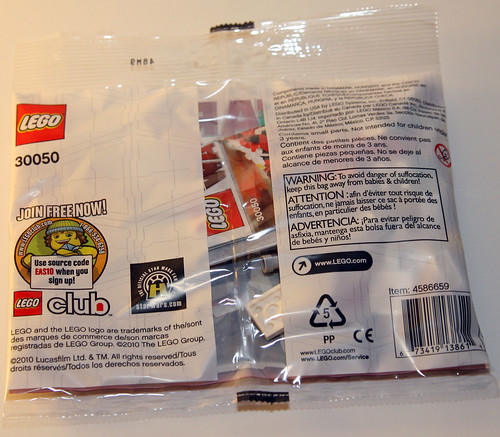 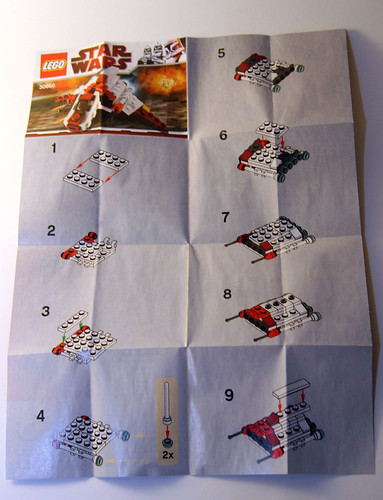 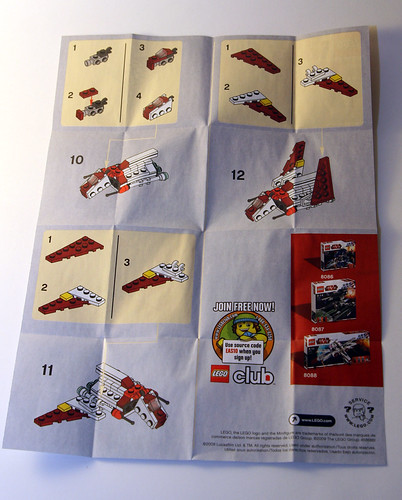 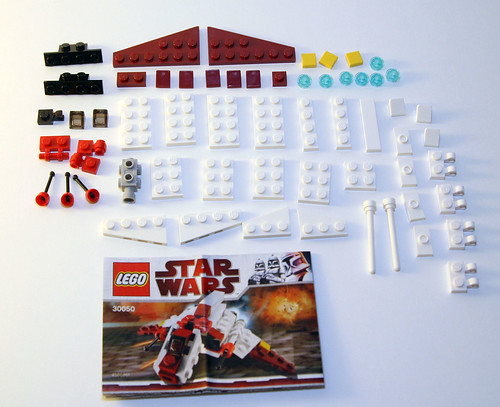 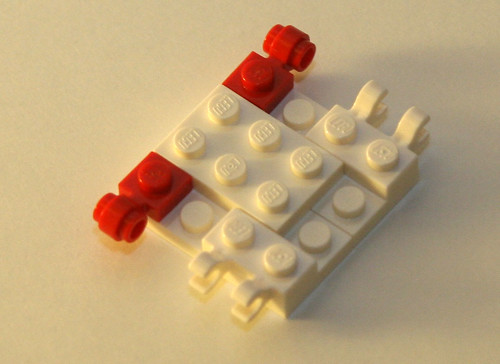 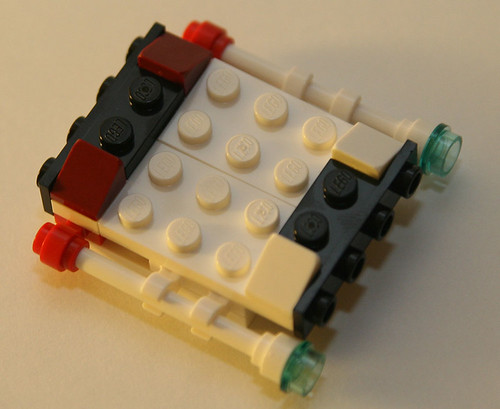 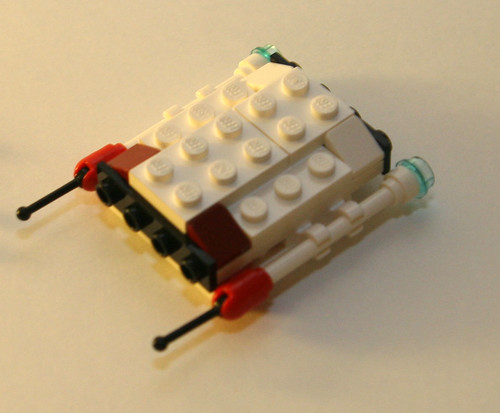 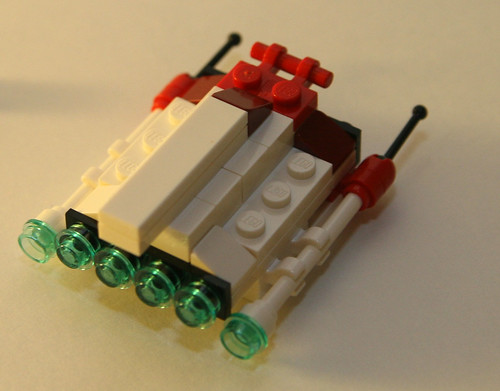 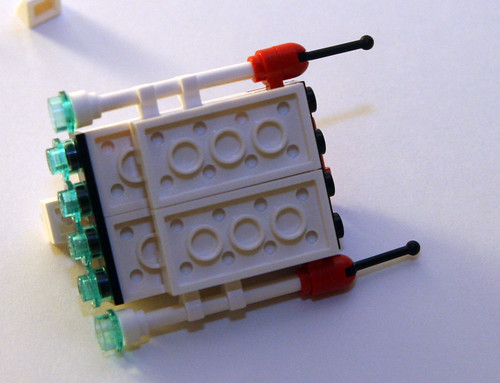 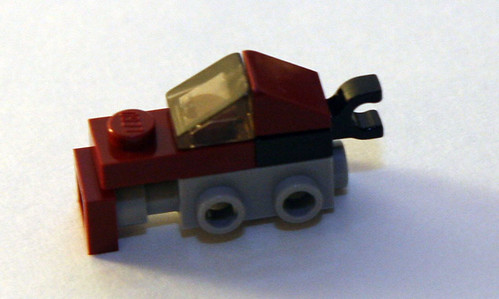 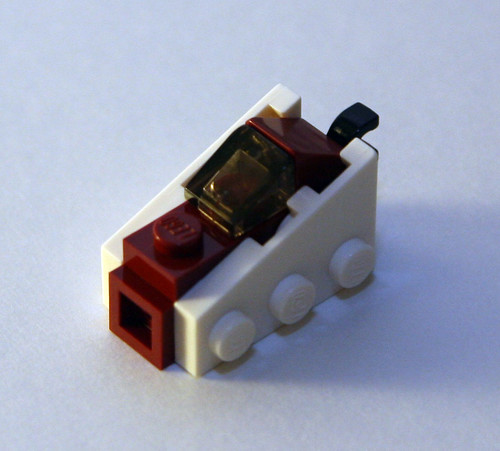 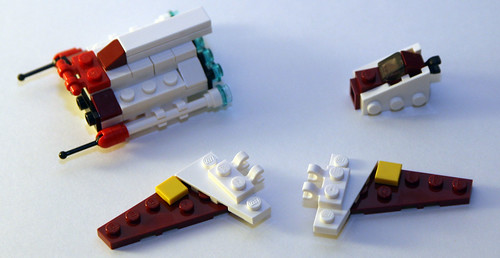 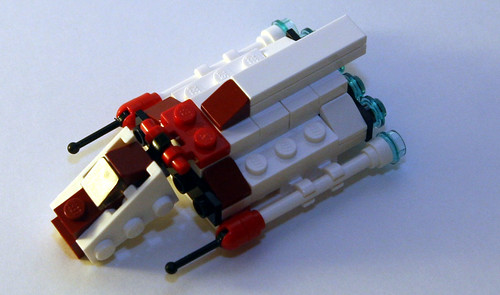 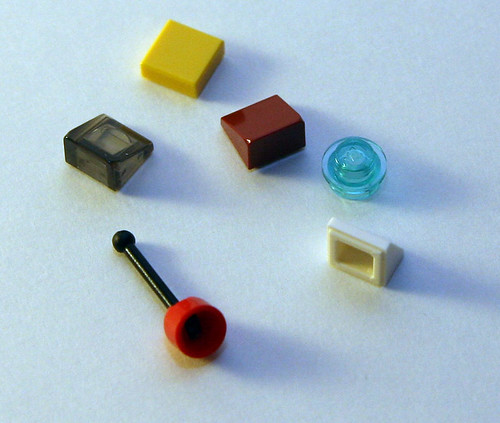 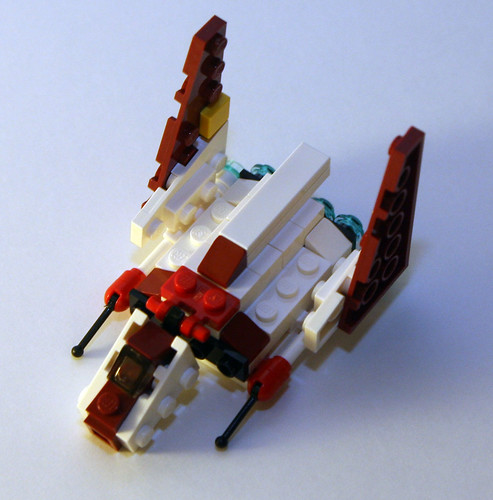 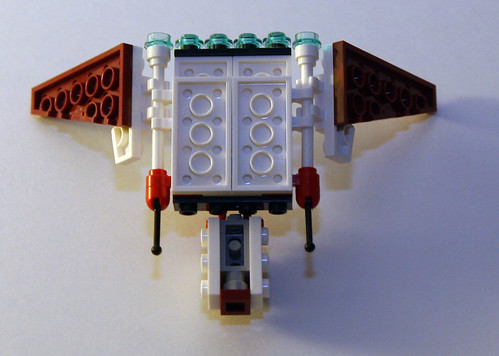 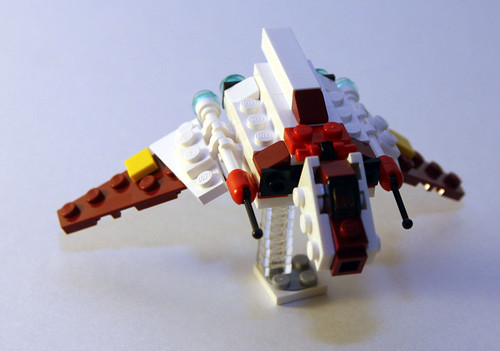 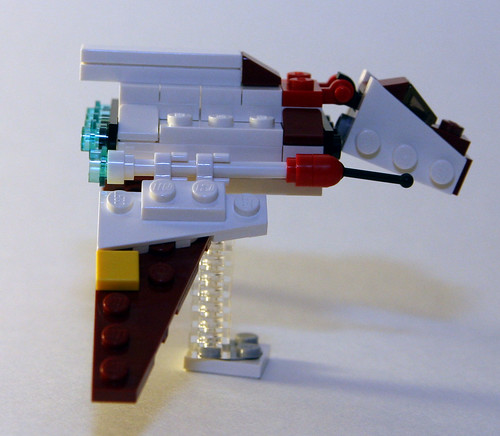 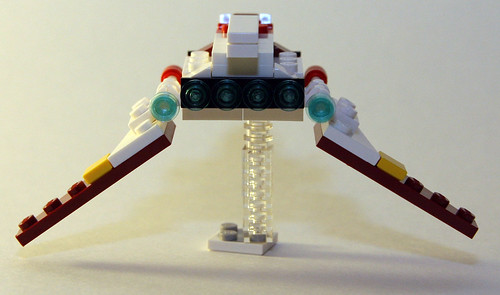 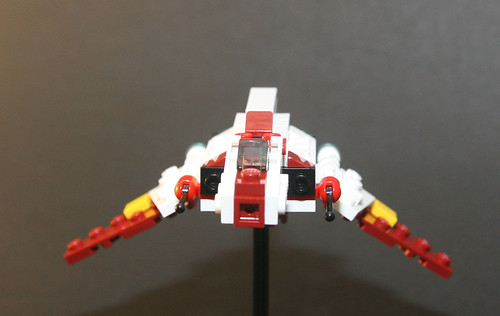 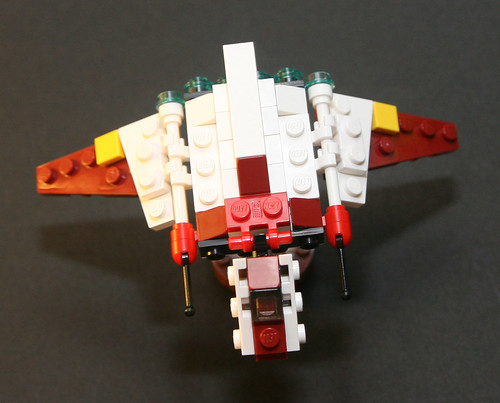 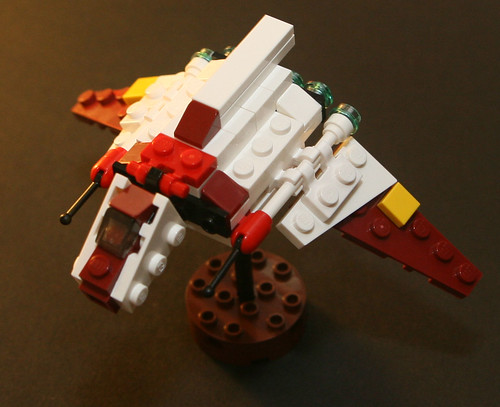 Thoughts – Pricing, Design, and Build:
It’s very well built and an incredible value for the money. Would have liked it had it come with a stand since it’s perfect for display on a shelf or next to a monitor, but you can easily make one. I really liked how the cockpit and wings were handled. Given the scale, there are several very clever touches that many will appreciate.

Thoughts – Parts:
While the piece count matches the bag – 60, there are 6 extra. Very curious for a set that retails for $3.49. The parts are standard for the most part – more than a few AFOLs could probably make this out of their spare parts or other sets. It’s probably worth it for the parts alone – you are looking at around $0.06 per part which is an good value when buying parts.

Thoughts – Swoosh factor, playability and integration with other sets:
Very swooshable, but I think it’s more of a neat set to display – the regular-sized 8019 Republic Attack Shuttle (Brickset Link) may not be in the budget of a lot of people, or like me, you don’t have the space for it.

Conclusion:
This is actually a great way to introduce people to working in a smaller/mini scale. Keep in mind it’s a smaller scale than the “midi-scale” 7778 Millennium Falcon. There’s not a lot else to say – I don’t see anybody regretting it. For me it’s ultimately something to go on a shelf or on the desk. It’s not something you’re necessarily going to tear apart and rebuild (unless you are going for the Republic Attack Gunship).