Huw at Brickset has posted some high resolution images of the upcoming 8683 Collectable Minifigures / Minifigs. 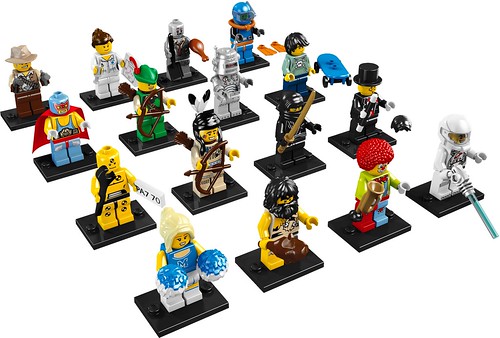 There are 16 in all. These are due to be rolled out in June of 2010, with another wave of 16 following a few months later. From everything that’s been published so far, you won’t know what figures you are getting if you buy the packages individually. We came up with a list of the minifigs back in December and it still looks to be accurate:

It’s going to be a neat set of minifigs.