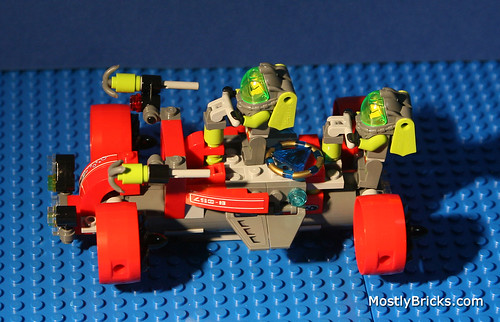 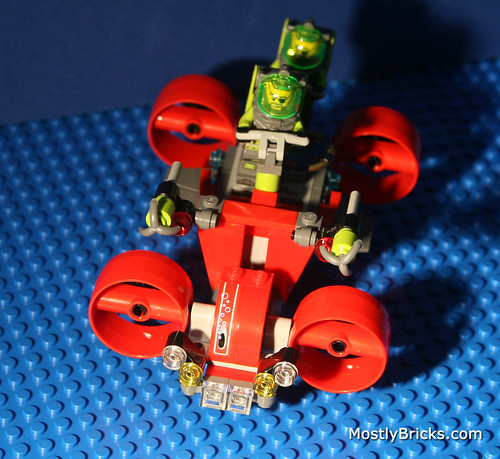 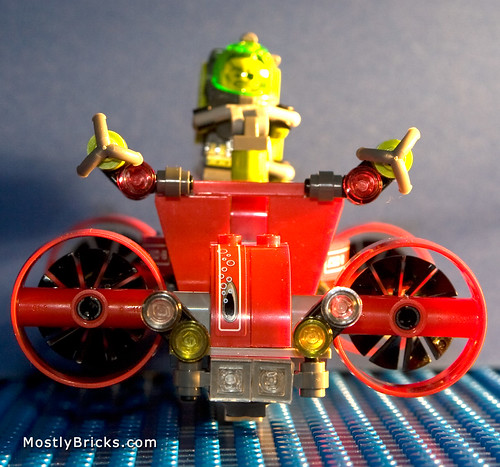 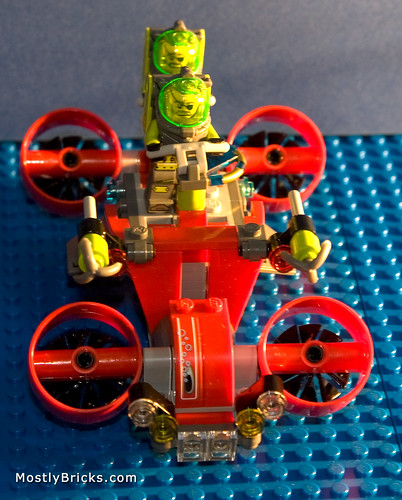 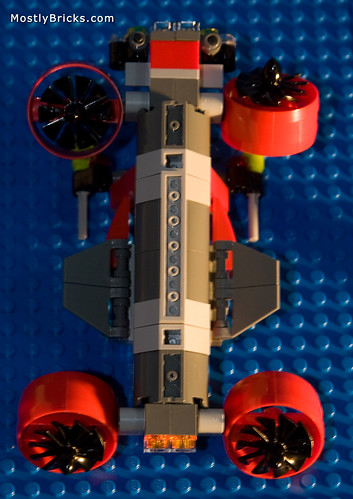 The top, with the divers and controls removed: 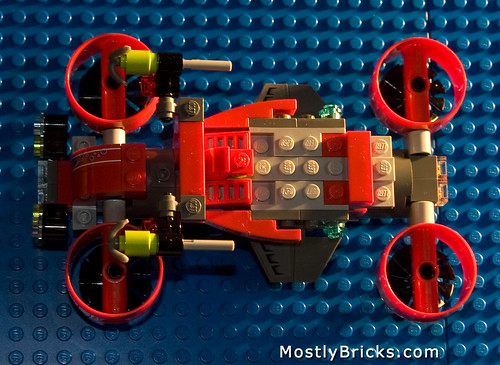 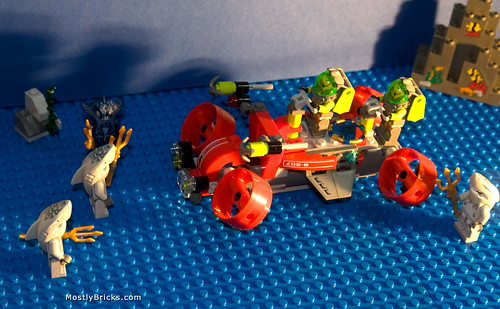 Some other notes:
* Yes, I used some illegal techniques. I’m not apologizing, the constraints were tough enough as it is.
* The lighting and background were bad – I was in a hurry and playing around with some lighting, and that makes for a bad combination.
* I have two pieces that are upside down, thanks to decals, that I did not notice until I was cleaning up the photos
* I flipped the propellers/nacelles around on this MOC versus the way they are mounted on the Wreck Raider, for aesthetic reasons.
* Only one set had been built with decals, the other was MOCfodder, and as such things seem a little off. 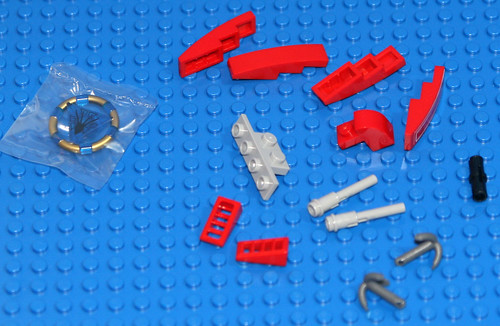