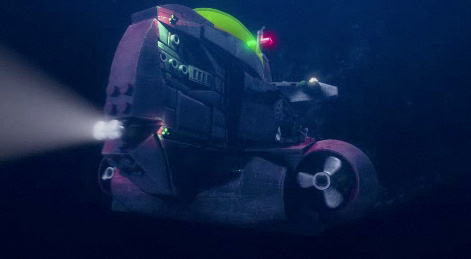 8075 Neptune Carrier – yes, it’s really huge – that is the bridge and not a cockpit: 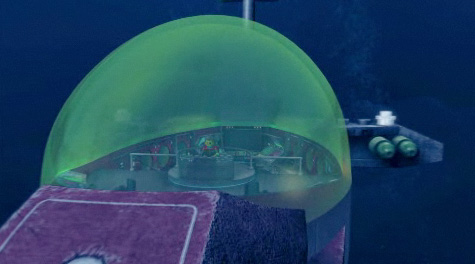 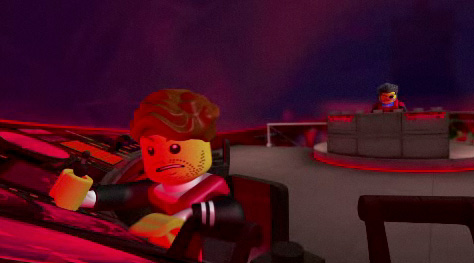 This is the vehicle bay inside the Neptune Carrier: 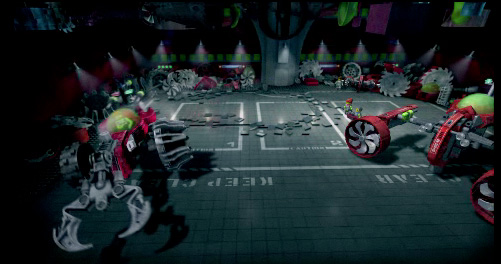 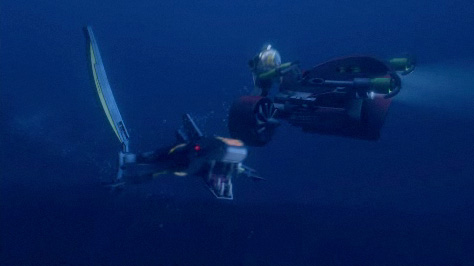 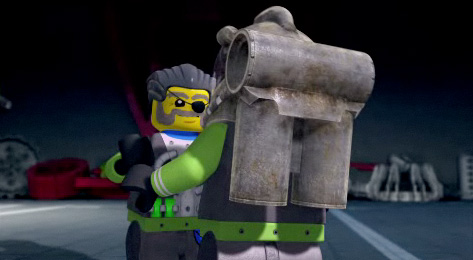 I do like that the Neptune Carrier is big, it gives some perspective to some things you see in some of the wallpapers and videos. I also like that the other sets are actually scaled to the minifig divers. At the end of the trailers, there is a prominent mention of 3D.

It looks like there could be additional sets in the background of the trailers, but I don’t want to give anything about the plot away – you can watch the trailers/clips for yourself or wait until tomorrow night.

We are slowly putting together more information for our LEGO Atlantis portal and tomorrow night after the movie, we will be doing a recap and a complete breakdown of everything in the movie, from characters to sets.