This is a review of the new “2010” (2009) LEGO Star Wars 8084 Snowtrooper Battle Pack. This is a set from the original trilogy, specifically Empire Strikes Back. There’s not that much to review – you’re basically getting 4 minifigs along with a small missile launcher and radar, and a snow speederbike (which is actually well done).

The parts are excellent if you are after whites and grays. No decals/stickers – everything you see is printed. The radar scope looks great. If you are just after minifigs, you’ll have no problem using the parts for MOCs. There is nothing that is too exotic. Personally I think the snow speederbike is well done.

The minifigs are outstanding. The Snowtrooper helmet is clever – it has two actual holes for eyes, which when combined with the blank black heads, gives it kind of a 3D look. The printing of the minifigures is perfect, especially the AT-AT driver, whose helmet is incredibly detailed for something this small. The backpack for the snowtroopers is molded to the back of the helmet.

The only shortcoming is that you only get two Snowtroopers. If you want to build up an actual decent number of Snowtroopers, you are going to end up with quite a few AT-AT drivers and Imperial Officers unless you hit up BrickLink or eBay and only buy Snowtroopers, or alternatively buy several 8084 sets and then sell off the extra officers and AT-AT drivers. 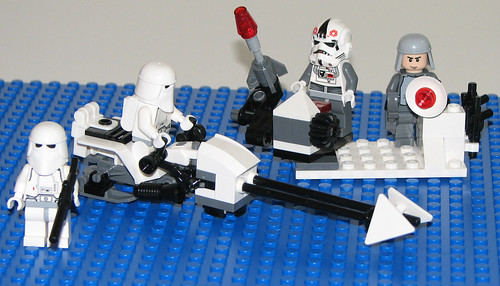 Excuse the graininess of some of the photos – the lighting was off and the whites and grays were really throwing the camera off. 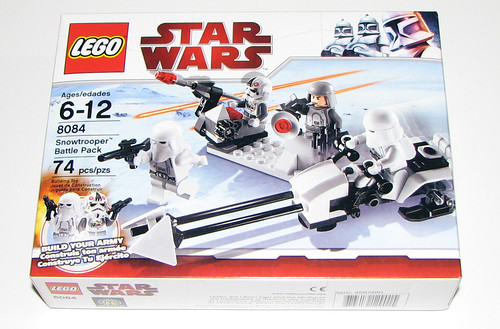 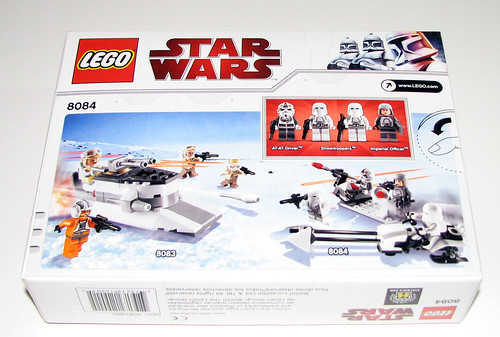 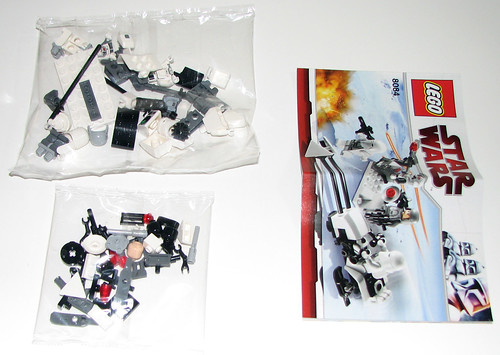 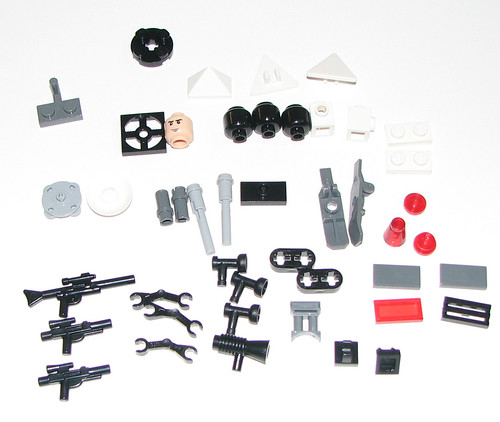 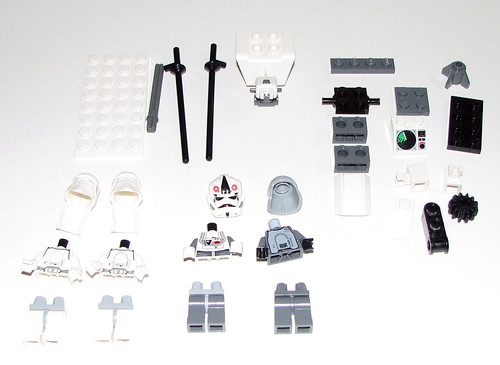 Notice the Snowtrooper helmet – the eyes are actually holes, which gives it kind of a 3D feel. The AT-AT pilot does not have such holes. 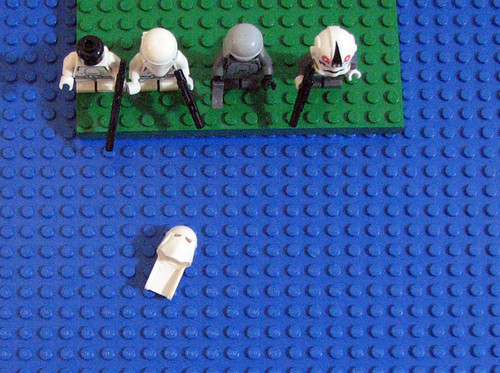 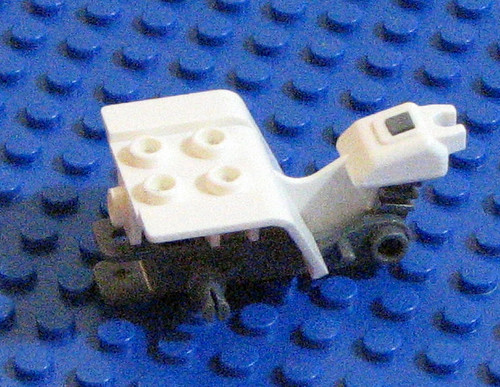 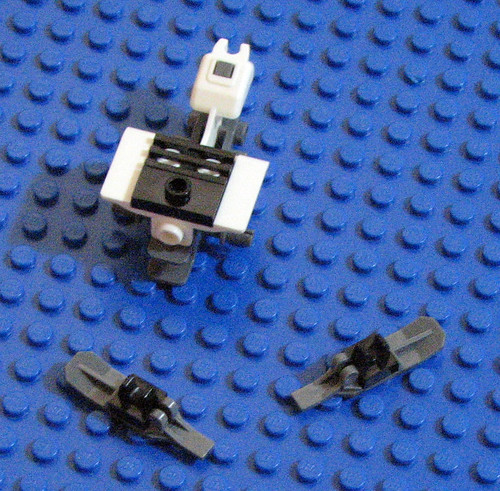 Look, it’s our favorite “new” pieces that are popping up everywhere: 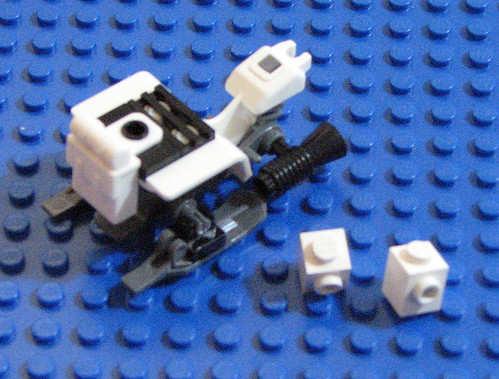 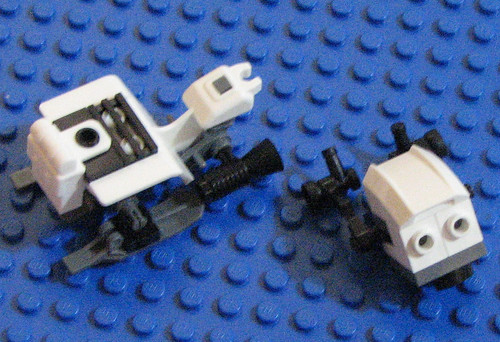 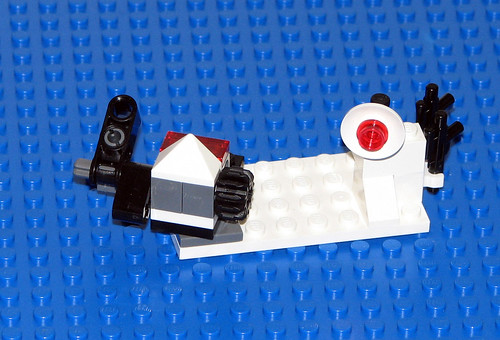 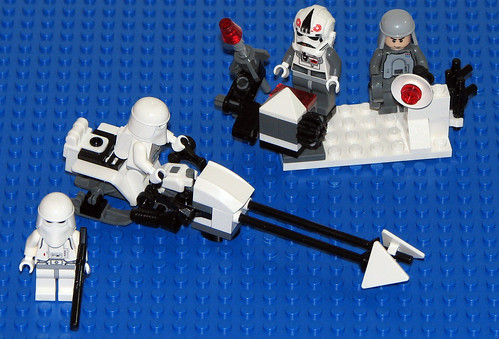