Later today I’ll be posting reviews of two new 2010 LEGO sets – Creator 5866 Rotor Rescue and Power Miners 8188 Fire Blaster. It’s taking a little longer than expected and I thought I’d have them finished by now but it’s late, so here’s a couple of photos to give you an idea about the two sets as well as a parts listing for the 5866 (8188 Fire Blaster parts listing).

The 5866 Rotor Rescue, which also includes instructions for a biplane as well as a speed boat, both of which I’ll be assembling and posting later today is a great Creator set. I don’t necessarily agree with the ages of 6 – 12, because 5866 has a lot of small parts (click the “Read More” link below for a full parts list) and I do mean small parts – lots of 1×1 type of stuff. I definitely think it’s worth $10.99 – you get 149 pieces and being that it’s Creator, you would be hard pressed not to be able to find a use for all of them in MOCs. They are all standard pieces as well as a decent cockpit/windscreen and some transparent pieces. As mentioned, you also get instructions for three different models. It’s also a great way to teach somebody a lot of the basics when it comes to connections between the various LEGO elements – everything is reinforced well and it’s literally a very solid model, even though when you extend the back ramp, you can see all the way through from the front to the back.

As far as the 8188, I think they need to knock a few dollars off, especially since it’s an in-house line and not one of the licensed series. It’s very possible that it could be cheaper, and I don’t see how Amazon can price it at $12.99 for pre-orders at this point. It’s a really cool little buggy-style model, and the minifigs are great. Plenty of MOC opportunities as long as you don’t apply the stickers. We’ve applied stickers to other 2010 sets we’ve reviewed (and kind of wished we hadn’t on the 5981 Police Raid VPR), but the stickers in this instance are placed on parts that could easily be used elsewhere and it would prevent you from using them or being constrained as far as how you use them. The flick-fire dynamite is very lacking as well and could have been left off. Otherwise it’s a neat little set that should have been below $10. Then again, it may very well turn out to be priced below that point – we all know that retail pricing when there is no competition can vary widely. 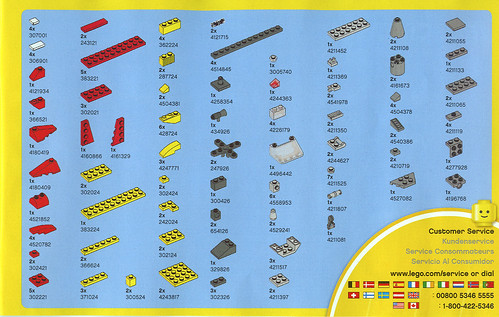 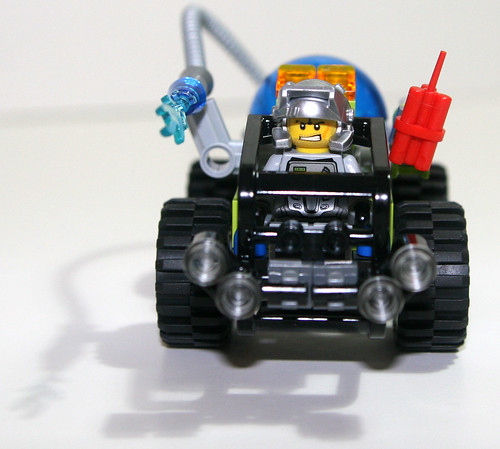